A hidden treasure steeped in Māori and early European history. 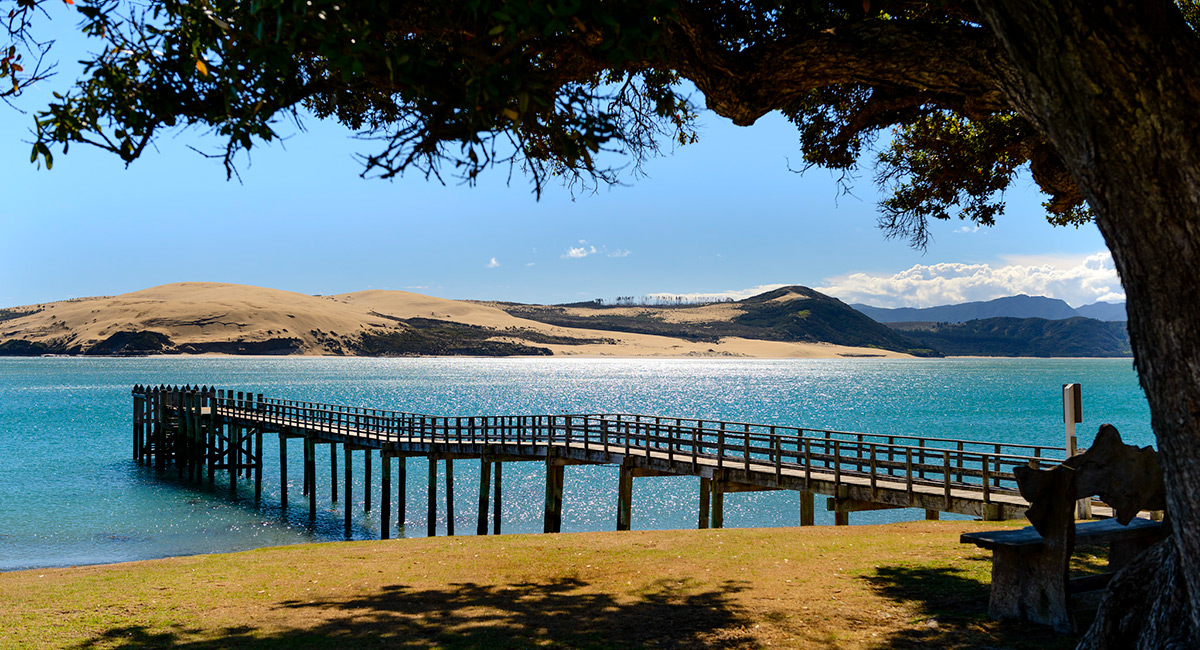 The Hokianga district has featured regularly in the history of New Zealand. This area on Northland’s west coast is a long estuary that extends inwards from the Tasman Sea, with charming small towns dotted along its harbour. Nearby is Waipoua Forest, home of the famous giant kauri tree Tāne Mahuta.

According to Māori tradition, Kupe, the legendary Polynesian navigator and explorer, settled in Hokianga in approximately 925 AD, after journeying from Hawaiiki-A-Nui in the waka (canoe) Matahorua. When he left, he declared Hokianga would be the site of his return to Aotearoa and left items from his waka behind as a token. This is why the full Māori name for Hokianga Harbour is Te Hokianga-nui-a-Kupe, meaning ‘the place of Kupe’s great return’.

The Ngapuhi iwi (tribe) settled in the Hokianga in the 14th century AD, making it one of the oldest Māori settlements. It is still a heartland for the people. Its original name ‘To Kohanga o Te Tai Tokerau’ (the nest of the northern people) is still used by local Māori.

Later, European settlers came and a busy industry grew out of the native kauri forests. The trees were cut down for their timber, and for the valuable kauri gum (resin) they produced.

The Hokianga is also known for several famous inhabitants, including beloved leader and activist Dame Whina Cooper, and Opo the Dolphin. Opo was a friendly bottlenose dolphin that lived around Opononi in the 1950s and enjoyed spending time with humans.

Staff Tip: "The Hokianga is one of my favourite places. It’s like stepping back in time – you can stand at the i-SITE and see people thundering along the beach on horses. It’s wild and a little of magic." – Jo Gill, Sales Executive

What to do in Hokianga

Today, people visit the Hokianga to enjoy its peaceful beaches, as well interesting natural attractions like the Horeke Basalts and Wairere Boulders, and of course the Waipoua Forest.

Each of the settlements in the Hokianga has its own character and places of interest. Settlements are found the whole way around the harbour. The larger settlements generally have a general store, service station, a few other shops and a hotel.

A popular way to see the best of the Hokianga is our Giants and Glow Worms day tour, which includes a visit to Waipoua Forest to see Tāne Mahuta, time in some of the harbourside settlements, and a trip to the Kawiti Glow Worm Caves on the way back to Paihia.

The Hokianga Vehicle Ferry runs between Rawene to the south and The Narrows on the northern side of the harbour, just outside Kohukohu. This connects the harbour and the Twin Coast Discovery Highway.

Where to stay in Hokianga

There's accommodation available around the Hokianga district, ranging from the local hotel to B&Bs, motels, and more.