Keep an eye out for these winged wonders while you're visiting the Bay of Islands. 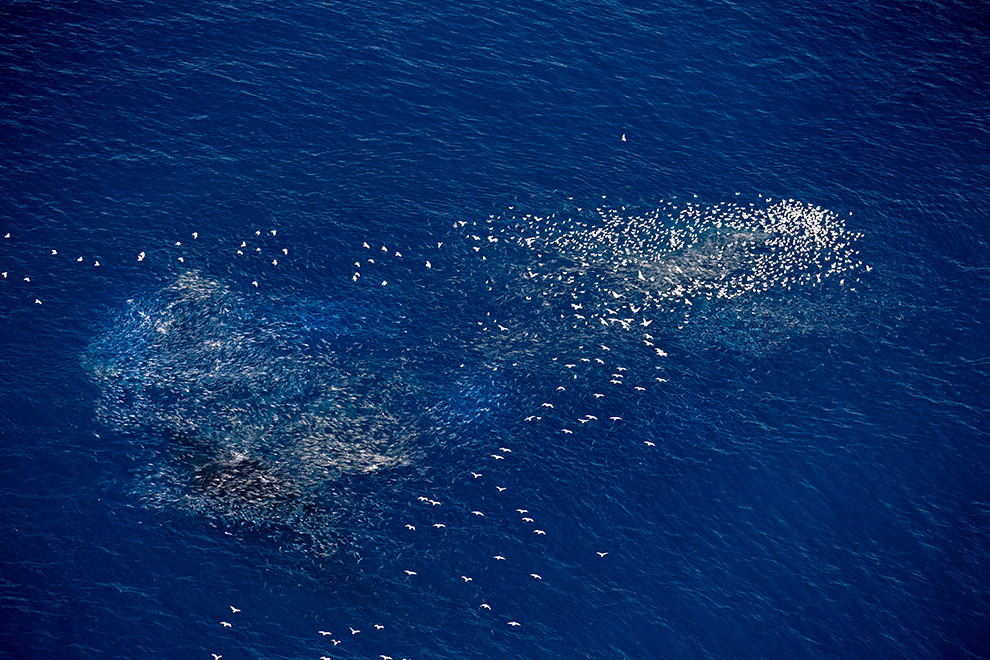 With its unspoiled environment of native bush and pristine waters, the Bay of Islands provides a safe habitat for many native bird species. Predator-free islands such as Motukawanui Island and Moturua Island are home to a number of rare and endangered species. The Department of Conservation (DOC) and Project Island Song are working to increase the numbers of native birdlife.

Here are some of New Zealand’s common and more unusual native birds that you could see in the Bay of Islands area, both at sea and on land: 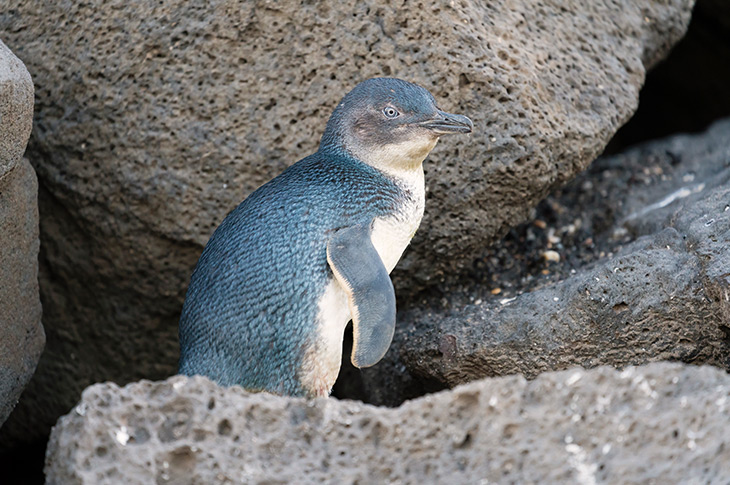 Keep an eye out during your cruise for the world’s smallest penguin, the little blue penguin or kororā – you’ll often see them bobbing around in the waves. Recognisable by their slate-blue plumage and white bellies, they can move quickly underwater thanks to their paddle-like flippers.

Up above the waves you might spot a grey-faced petrel (oi) or a white and yellow Australasian gannet (takapu), diving for fish. Also known as the North Island muttonbird, petrels are a protected species and can often be spotted around Urupukapuka Island and Moturua Island. Gannets are impressive hunters – they fly high over the sea, scanning for fish from up to 30 metres above the surface, before making spectacular dives. They fold their wings to speed up, often travelling faster than 100 kilometres per hour when they hit the water.

In trees along the shoreline you could see a black shag (kawau), spreading its wings out to dry after a dive. The native brown teal (pāteke) lives in coastal and wetland areas – once relatively common, there are now only 2,000 of these small brown ducks with white eye rings left in New Zealand. In 2012 six pairs of pāteke were released onto Urupukapuka Island in the Bay of Islands thanks to work by Project Island Song.

There are two species of oystercatcher native to New Zealand: the South Island Pied Oystercatcher and Variable Oystercatcher (torea/toreapango). They can often be found together on beaches, probing the sand for molluscs and worms. The pied oystercatcher is more common and is black with a white belly, red bill and legs. Variable oystercatcher may be black and white or pure black and are slightly larger.

The tiny New Zealand dotterel (tūturiwhatu) is another beach dweller. Dotterels are well camouflaged, being sandy brown with white underbellies, so you’re likely to hear its high-pitched ‘chip, chip’ call before you see one. Due to predators and habitat loss there are only about 1700 dotterels left in New Zealand, but they may be found on secluded beaches around the Bay of Islands. 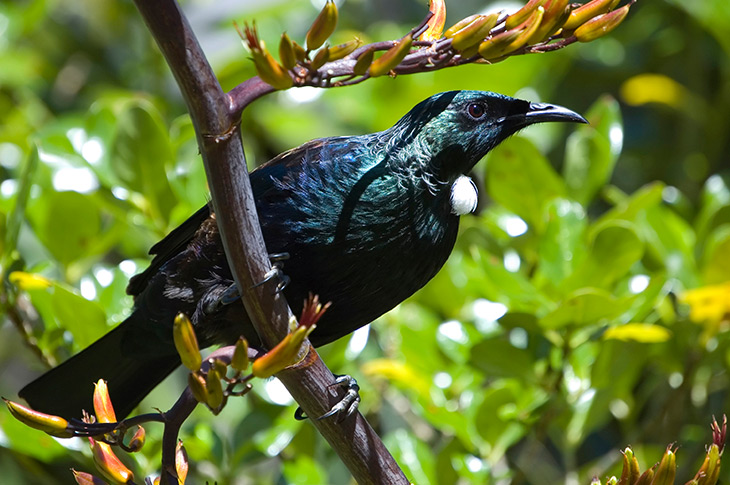 When you’re out and about in the Bay of Islands, especially if you’re heading into the bush, listen out for the call of our many native birds. There’s a good chance you’ll hear the tūī – an attractive bird with dark blue-green iridescent plumage and white tufts under its chin. These nectar-eaters are common around New Zealand and have a diverse vocal range, singing beautiful melodies as well as squawks and clicks.

The North Island robin (toutouwai) is about the size of a sparrow, with dark grey feathers and a paler breast. These trusting birds are extremely vulnerable to predators and at one point were extinct in the Bay of Islands region. In 1986 a group of 16 toutouwai were reintroduced onto Moturua Island and there are now about 30 on the island.

A completely unique animal, the kiwi is an endangered, flightless nocturnal bird – perhaps a strange choice for New Zealand’s national icon! Kiwi are the only birds in the world with nostrils and whiskers at the end of their beaks, which help them to sniff out worms, insects and fruit. The Northland brown kiwi has spiky reddish-brown plumage. It once lived all over Northland, but is now only found in pockets thanks to deforestation and predators. In the Bay of Islands kiwi may be found on Moturua and Motuarohia Islands and around Kerikeri. They are shy creatures and not easily seen. 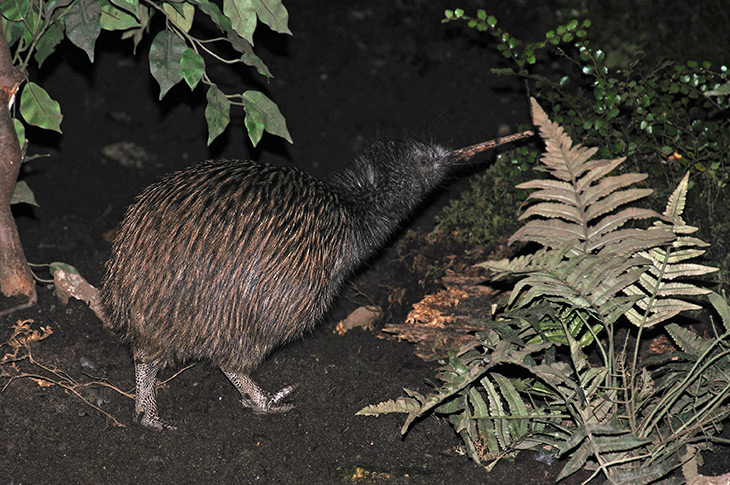 The cheeky and curious weka is a flightless member of the rail family and has brown plumage. Weka are scavengers and will eat anything from insects and plants to lizards, rodents, food scraps and the eggs of other birds.

Also known as the purple swamphen, pukeko prefer swampy ground but can be found in a range of environments. They have distinctive dark blue plumage with a red beak and legs, and white feathers under their tail. With their long legs they are well-suited to wading, running and swimming; although they can fly they are not very good at it.