Find out about these fascinating flippered creatures. 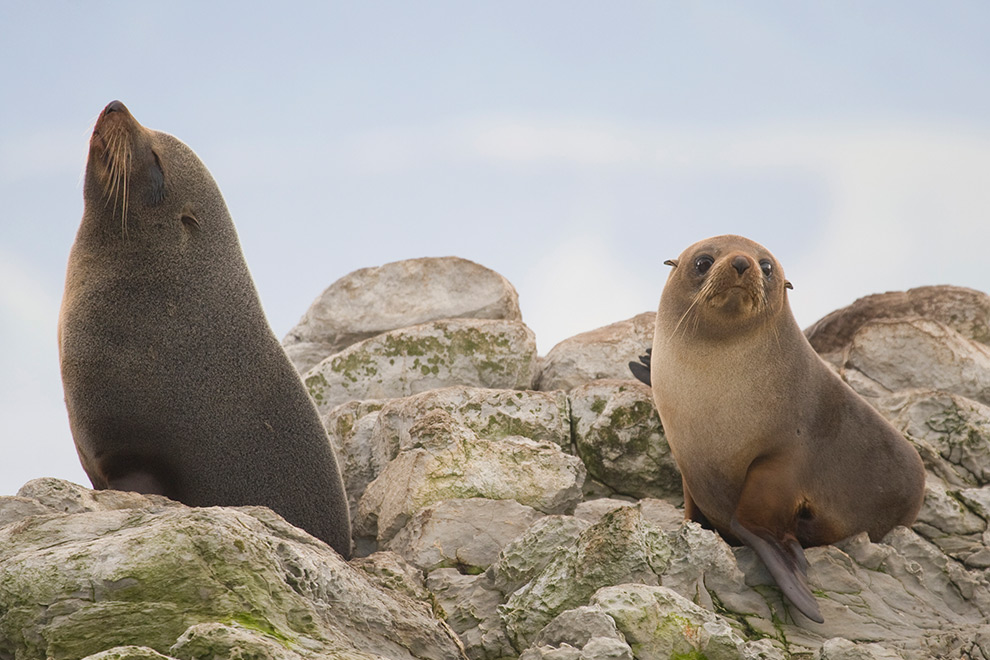 There are around 33 species of seals worldwide, including fur seals, sea lions and common seals. Seals have thick fur and a layer of blubber to keep them warm in cold water. Luckily for them, the water in the Bay of Islands is quite warm! Their unique, wavy whiskers help them to detect prey in dark muddy water up to 180 metres (600 feet) away. They’re carnivorous mammals, usually feeding on fish, squid, shellfish or sea birds with leopard seals eating other species of seals. They can dive for food up to 914 metres (3,000 feet) deep.

Seals are very good swimmers and they’re are also very agile on rocky shores, with the ability to haul themselves onto high rocks. They can spend up to 10 days at sea on a feeding frenzy and come ashore (haul-out) to rest, feed their young, mate, give birth or moult.

Their natural instinct is to protect themselves, their pups and their surroundings and they can become aggressive by biting and attacking if humans get too close. It’s always best to stay away from them, watching and observing from a distance 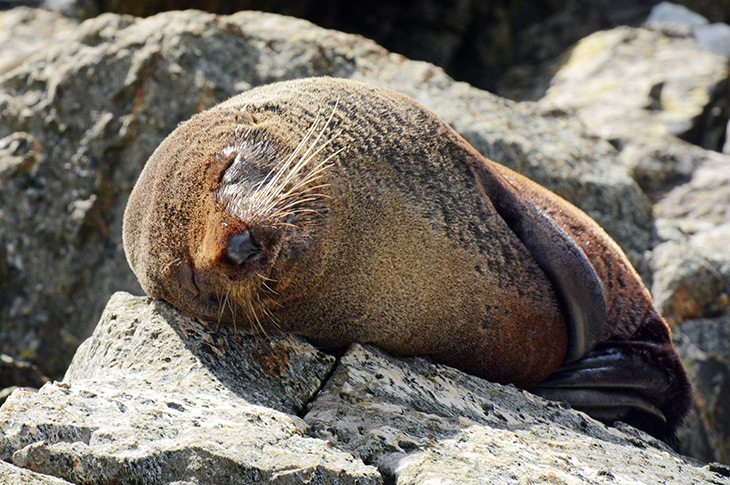 The New Zealand fur seal, or ‘kekeno’ in Māori, is the most common seal in New Zealand waters. They live in the Bay of Islands and around the rest of our coastline and have also been spotted in some parts of Australia.

Kekeno have pointy noses with pale whiskers, small earflaps and a dark grey-brown coat. Their hind flippers can rotate forward and they are very agile at sea and on rocks.

Kekeno are excellent swimmers. They feed mainly on squid and small mid-water fish, but will also eat larger species such as eels, barracuda and hoki. New Zealand fur seals have been recorded diving deeper and for longer than any other species of fur seal. They mainly feed at night, when prey is closer to the surface, which is why you’ll usually see them resting during the day.

Fur seals go back to the same beach to breed every year. Females mate 6-8 days after giving birth. Delayed implantation of the egg allows them to give birth and mate during the same trip to shore, but not give birth again until the next year. Males fight fiercely for territory at the breeding grounds and mate with multiple females.