The giants of the deep are regular visitors to the Bay of Islands. 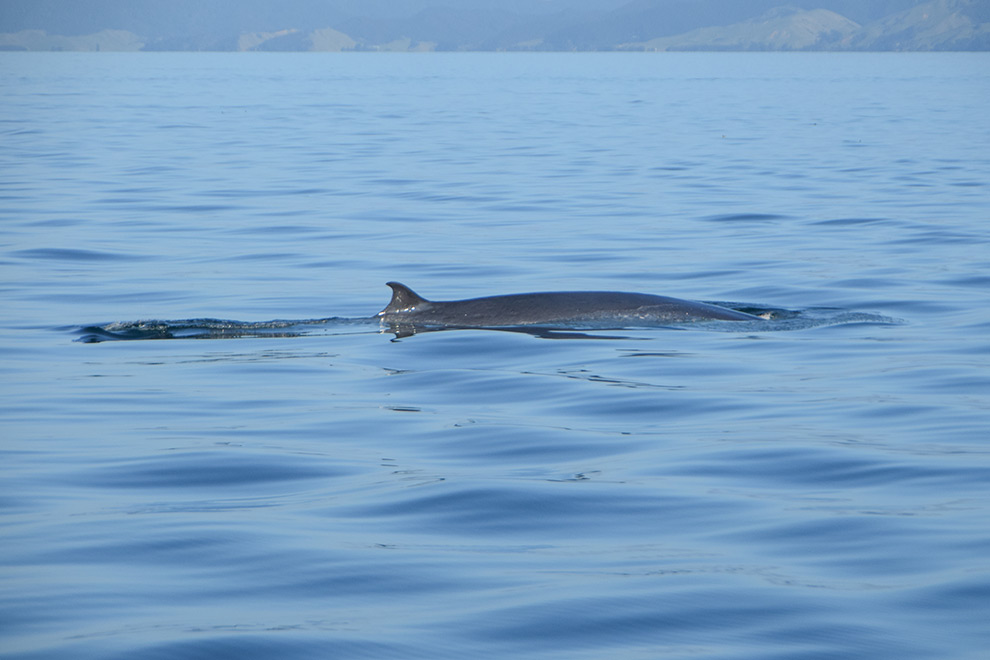 Whales are very similar to dolphins in that they’re warm-blooded mammals and breathe air through their blowholes. They also have a thick layer of blubber to keep them warm, and like dolphins they sense their environment through echolocation.

There are two sub-orders of whales: baleen and toothed whales. Baleen whales are the largest animals on earth and feed on some of the smallest animals in the ocean. Their diet is made up of plankton and small fish that they suck in through the comb-like fringe on their upper jaw. Some well-known species of baleen whales include the blue whale and the humpback whale. Toothed whales feed on fish, squid, other whales and larger marine mammals.

Several of the species described below are actually members of the dolphin family, but are commonly known as whales. 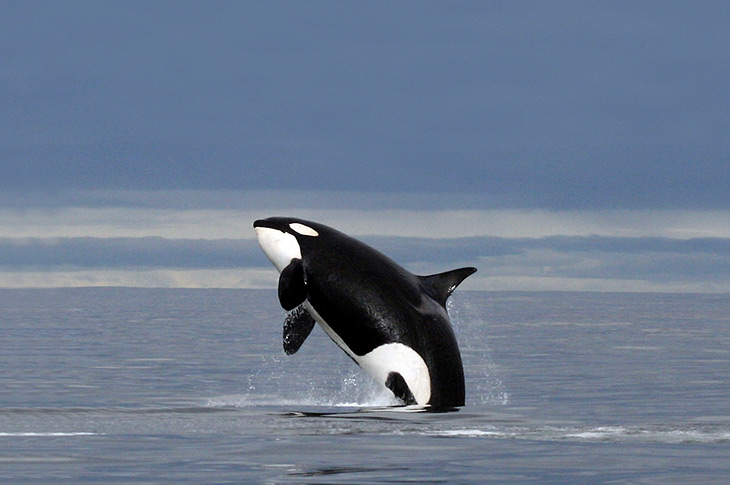 Orca, sometimes known as killer whales, are actually the largest members of the dolphin family. They have black backs and white patterns on their stomachs. Males have a large triangular dorsal fin, while females have a shorter curved fin. Orca live in small family groups or pods of up to 30 individuals, although pods tend to be smaller in New Zealand waters.

The language of orca is one of the most complex animal languages. They make high-pitched whistles, pulsed calls, low-frequency pops and they can make clapping sounds using their jaws. Every pod has their own language with members of the same pod making the same calls. They also communicate through touch and other gestures like head-butting and slapping their fins together.

Adult orca have an extremely diverse diet including all kinds of fish, sharks, rays, squid, birds and turtles. They are the only known cetaceans that regularly prey upon other marine mammals – when they arrive in the Bay the dolphins usually skip town for the day! Orca hunt cooperatively and are even known to intentionally ‘strand’ themselves on beaches in order to catch seals. There is no record of orca attacking humans.

Bryde’s whales have a bluish-gray body with white on the underside (see main image). They have very broad and short head with relatively large eyes. Females are slightly larger than males.

The Bryde’s (pronounced "broodus") whale has two narrow blowholes that can blow up to 4m high. It has no teeth but has two rows of baleen plates, which are similar to bristles, which it uses to filter and trap small fish like anchovy, herring and mackerel.

They’re usually found alone or in pairs, but will sometimes gather in pods of up to 30 at good feeding grounds. They can dive for 5 – 15 minutes at a time and will follow up a dive with a series of blows.

The pilot whale, like the orca whale, is a member of the dolphin family, and is second only to the killer whale in size. Pilot whales have stocky bodies and a distinctive rounded head with a slight beak and up-curved mouth. They are usually dark grey or black in colour, and often have a saddle-like marking behind their dorsal fin, which is set forward on the back and sweeps back.

Pilot whales mainly feed on squid but will eat fish as well. A pilot whale has only 40 to 48 teeth, compared to 120 in many other dolphin species. This may indicate an evolutionary trend towards fewer teeth as a squid eater. Male long-finned pilot whales can live for about 45 years, while females can live for up to 60 years.

Pilot whales are very social and are often found in groups of 10 to 30, but some groups may be as big as 100 or more whales. They are quite active and will frequently approach boats.

Pseudorca are pelagic (open-ocean) dolphins, but we sometimes see them when they move closer to shore. They were first recorded in NZ waters in 1872. Today there are two main social ‘clusters’ in this area, totalling less than 200 animals. They are very social creatures, and will often travel in pods with bottlenose dolphins. However, they’ve also been known to feed on dolphins!

Pseudorca are most often seen around the north-eastern coastline of the North Island between December and May.