Celebrating over 125 years in the Bay. 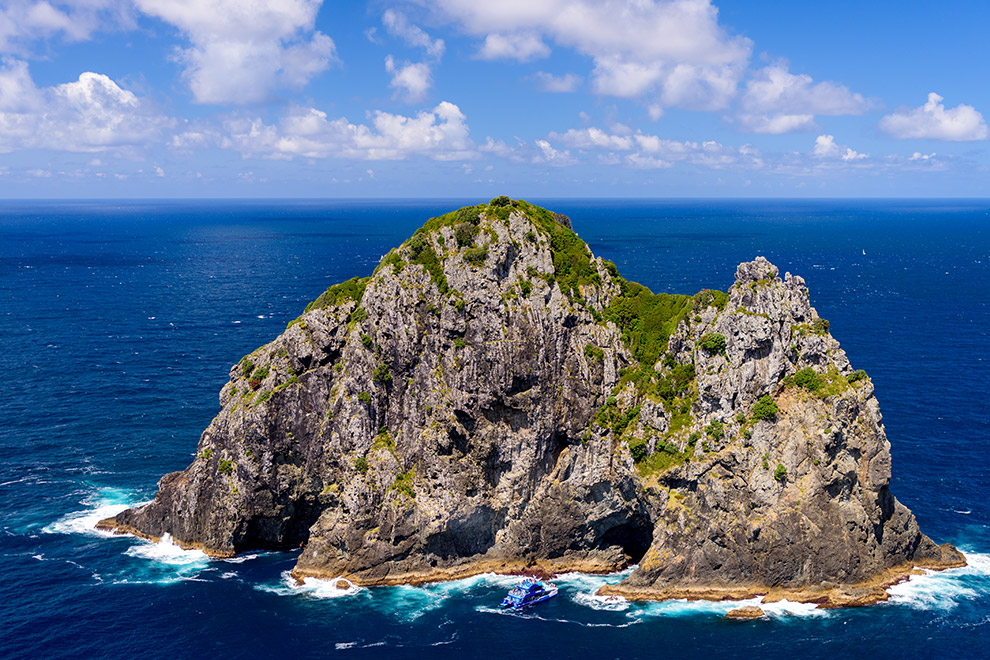 We are proud to be part of the history of the Bay of Islands and look forward to sharing the story of where it all began in the birthplace of our nation – Aotearoa, New Zealand.

When Albert Ernest Fuller launched his sailing ship Undine in 1887 to deliver coal supplies to the islands, he had no idea he was planting the seeds of a flourishing tourism industry in the Bay of Islands. After fitting a motor to the Undine in the early 1900s, he was able to deliver coal and essential supplies as far as Cape Brett.

In 1927 Fuller acquired the Cream Trip from Edmund Lane with facilities to transport cream from the islands, and in 1928 won the Royal Mail contract allowing him to deliver post.

When the road opened from Whangarei to Russell in the 1930s, a car ferry service began between Paihia and Russell. During World War II, the military established a barge crossing between Opua and Okiato. This was continued during peacetime by the Deeming family and eventually obtained by Fuller, making Fullers an integral part of the community through the provision of services to both tourists and locals.

By the 1960s the Cream Trip had become a popular attraction, and the well known Bay Belle started its run. For five shillings a tourist could spend all day on the launch, picking up cream cans from the isolated farms and having a great outing in the Bay.

By the mid '80s the Bay of Islands was a proven destination for tourists, with Fullers providing regular trips to the Hole in the Rock, Cream Trip tours and coaches to Cape Reinga via Ninety Mile Beach. Today Fullers GreatSights comprises a fleet of 10 vessels, 6 coaches and employs up to 100 team members in peak season.

Find out about our fleet or learn about our charter options

We would like to thank the community for its support through the years. We are proud to be part of the history of the Bay of Islands and look forward to sharing the story of where it all began in the birthplace of our nation: Aotearoa, New Zealand.

We live, work and play in the Bay of Islands and our company has grown with the community. As a successful tourism operator we employ up to 100 staff in the summer, making us one of the largest employers in the region. We keep the community connected with vehicle and passenger ferry services, and by holding the Royal Mail contract for the islands, delivering mail and vital supplies.

We’re committed to being an active part in the community through our sponsorship and support of local events, charities, community services and environmental efforts.

We're proud to support a number of local festivals throughout the Bay, providing prizes and ferry/bus services to great events like the Russell Birdman Festival and the Bay of Islands Jazz and Blues Festival.

We’re proud to sponsor the annual Fullers GreatSights Bay of Islands Beast. We’re also a key event sponsor of the Russell to Paihia Ocean Swim, transporting the 600+ participants to the starting line, and with a number of staff competing in the event.

We work with the Bay of Islands school community to get students out on the water, learning about local wildlife and history. We offer trips aboard the Fullers GreatSights fleet to all schools in the Bay, as well as supporting their fundraising efforts.

Russell St John Ambulance has officially recognised Fullers GreatSights for our support. We provide after-hours emergency ferry callout services at no cost to St Johns. The Fullers GreatSights team is extremely proud to be part of such a vital service. 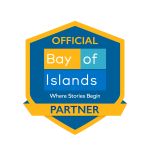 As one of Northland's largest tourism operators, we understand that what we do has an impact on the environment. Fullers GreatSights is proud to be a founding signatory to the Northland Sustainable Tourism charter. We have a Gold Sustainable Tourism Business Award from Qualmark, New Zealand Tourism's official quality assurance organisation. This award recognises our environmentally responsible practices.

We are also proud to be licensed by the Department of Conservation to interact with marine mammals. Find out more about marine mammal interaction.

Initiatives we have taken to minimise environmental impact include: