In accordance with the COVID-19 Protection Framework, from 3 December all guests travelling on any Fullers GreatSights vessel aged 12 years or over must be fully vaccinated against COVID-19. Proof of vaccination will be required at the time of check in.

Take in the sights of Russell on an intimate one-hour coach tour combining historical knowledge and local insight. Learn about significant sites like Pompallier House and Christ Church and stand atop Flagstaff Hill for stunning Bay of Islands views.

Known until the early 1840s as Kororāreka, Russell was the first town and sea port in New Zealand. The Bay of Islands offered a safe anchorage and by the 1830s Russell had become a lawless trading centre where whalers, seafarers and merchants mixed with adventurers, deserters and escaped convicts from Australia.

Today the town once called the “Hell Hole of the Pacific” is a charming and tranquil spot. This intimate one-hour coach tour visits many of Russell’s iconic locations that make it so significant in New Zealand’s early history.

Your tour will be led by an engaging guide whose combination of historical knowledge and local insight will bring the culture and history of the area to life.

The Russell mini-tour visits areas which cannot be easily covered on foot, like Flagstaff Hill (Te Maiki). On this spot in the 1840s, Māori cut the signal flagstaff down four times in protest against the British government, leading to war. Hear about the battle that ensued as you enjoy stunning 360-degree views of the whole Bay of Islands.

"If you have limited fitness or mobility this is the way to do it, very knowledgeable guide and you get to see all the important bits without having to trek uphill and down dale. Excellent value"

A great way to get around the important sites

"Our tour guide was friendly and knowledgeable. She was a local taonga who knew her ‘stuff’. A great trip for just under an hour at a great price." 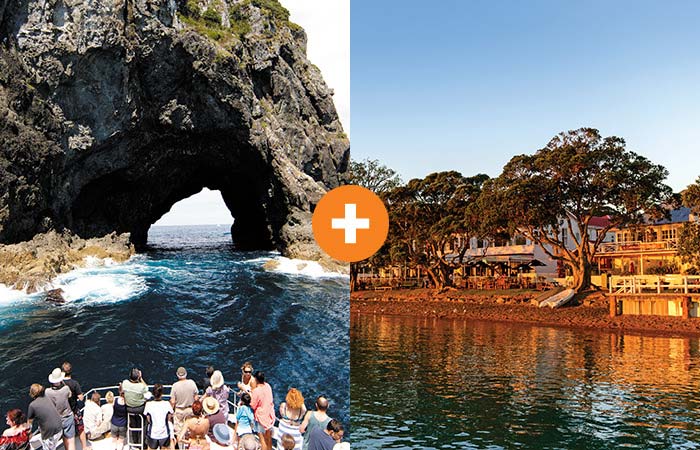 Highlights of the Bay

Our Highlights of the Bay combo takes you on a scenic adventure full of history, culture and stunning coastal highlights. Cruise through the Hole in the Rock and journey past Cape Brett Peninsula while watching out for dolphins (on afternoon cruise) and other marine wildlife. Enjoy an intimate one-hour tour of Russell visiting many historic locations and learning about the town’s surprising past. 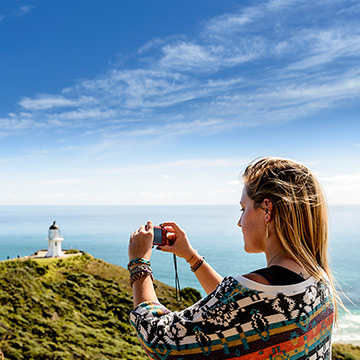 Journey to the top of New Zealand and uncover a region of stunning landscapes and a rich history.